Seinäjoki Airport preparing
the whole region for take off

Seinäjoki Airport is on the rise in many ways. Most of the funding of approximately EUR 1.4 million for 2022-2025 has been raised, Finnhems is currently building a rescue helicopter base in the area, holiday and charter flights will restart as the corona eases, Dronamics is preparing to launch unmanned cargo flights, Sedu is developing its logistics training in the area.

What is Seinäjoki Airport today?

“No thriving region can do without its own airport. This claim from the world matches well with our situation.”

Juhani Pakari, Chairman of the Board, Seinäjoki Airport Ltd

Dronamics about to start unmanned cargo flights to and from Seinäjoki

Unmanned cargo flights will soon be a reality in the South Ostrobothnian plains as well. Dronamics Global Ltd, which has signed an agreement with Seinäjoki Airport, is curently applying for an operating license from the European Aviation Safety Agency and believes that operations will start in Seinäjoki as soon as the matter is clear with the local licensing authority, Traficom.

Test flights in Malta are scheduled to start in summer 2022. We hope to be able to move forward with our plans for Seinäjoki later this year, says Dronamics Droneport Network Development Manager Lulcho Georgiev.

The world’s leading developer of medium-distance unmanned cargo transportation will establish a drone port at the Seinäjoki Airport with equipment and systems to start flights in the coming years.

Seinäjoki is preparing for electric flights

Seinäjoki Airport is one of the airports in the Kvarken region for which scheduled electric traffic is planned.

This is in accordance with the development visions in the Seinäjoki region. Electric flying gives hope in the future for small airports like Seinäjoki Airport. Electric airplanes also make it possible to operate routes that cannot be operated profitably with current aircrafts.

– The biggest impact of participation in the FAIR project will be the increased awareness of Seinäjoki Airport and the fact that we will be put on the map of electric traffic in the Kvarken region as one of the partners and players in the future aviation development network, says Key Account Manager Elisabet Kivimäki from Into Seinäjoki.

More information about the airport. Download a 4 page brochure >>> 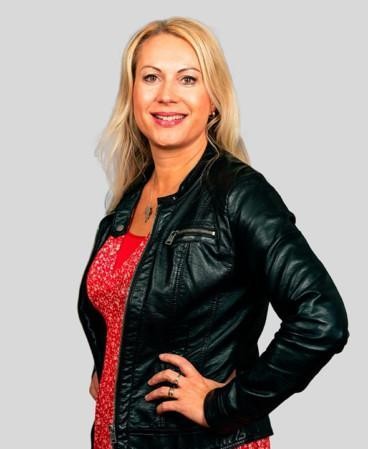